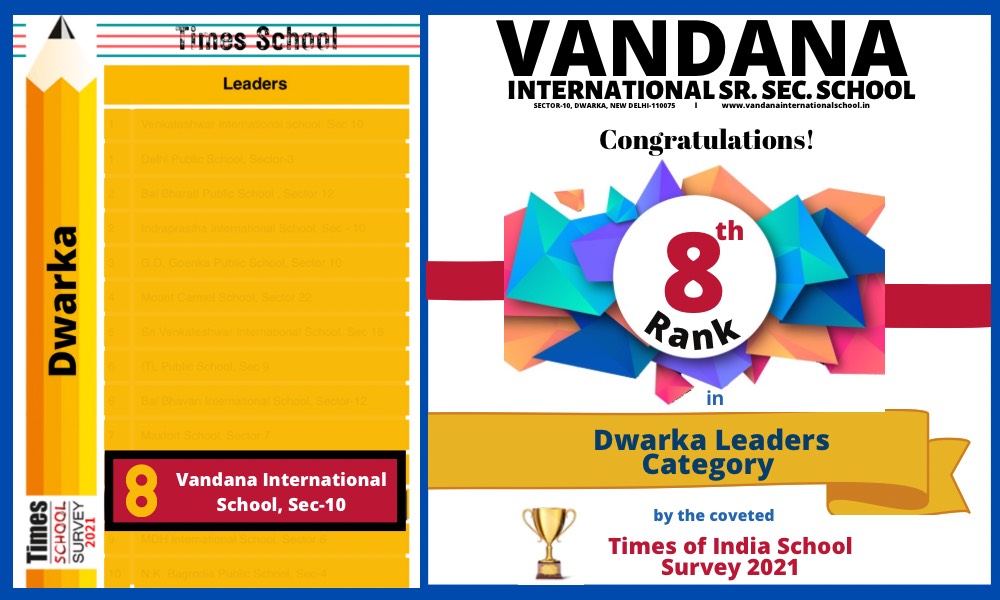 “Great leaders don’t set out to be a leader. They set out to make a difference. It’s never about the role-always about the GOAL”

Vandana  International School successfully conducted  the 'Investiture Ceremony ' on 9th September, 2021. This event  beholds the trust and conference towards our students. The newly elected and selected members of the council took oath and pledged to serve  the fellow mates  with dignity and honor. The ceremony  was held with lots of zeal and zest.

Investiture ceremony is one of the most important ceremony of the school. This year our school conducted this ceremony virtually. The motto was to create leaders of tomorrow. At this ceremony a school prefectorial board was formed after scrutinous interviewing. The selected students were honored with their respective badges. Donning the mantle of responsibility, they all pledged to dispense their duties to the best of their abilities and abide by rules and regulations of the school. 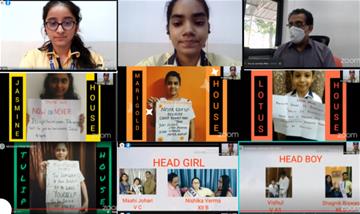 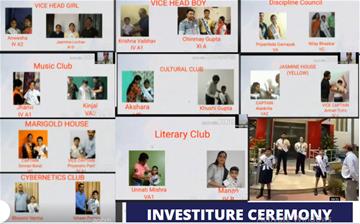 The programme started with a welcome dance followed by the official ceremony of conferring titles. The limelight of the programme was the March Past led by newly appointed council members. Our principal Mr V P Tandon pinned the badges and made the children wear sash to the elected members. The head boy and the head girl shared their exciting moments on being elected for the prestigious posts.

Veracity, assiduousness, courage and hard work are our oath”
To inculcate the same values in our students, Vandana International School, Dwarka, New Delhi, held it’s Investiture Ceremony “Honour Role” on 13th July 2019. A spirit of unity and dynamism filled the air as the grand ceremony commenced with the lightning of the auspicious lamp along with the performances of school orchestra and the school choir- a cultural bonanza which captured the essence of the event.
Prof (Dr.) R.K. Suri, chief psychologist and chief consultant at Psychowellness Center and former Vice Chancellor of Monad University, Ghaziabad was the chief guest of the ceremony who bestowed the badges to the cadets and Dr. Bhupender Singh, Ex Deputy Director, Directorate of Education SCERT, presented the sashes along with Ms. Akansha Tandon, Academic Director VIS who motivated the children to keep moving forward despite all the obstacles and challenges that life throws in front of us.
The ceremony was a solemn occasion where the young students of Primary Wing Jaskaran Singh (Head Boy) of class V, Sarah David (Head Girl) of class V,Naitik Rohilla (Vice Head Boy) IV, Akashara (Vice Head Girl) of class IV, Aniket Anand (Sports Captain) of class V and Vaanya Sharma (Vice Sports Captain) of class IV were all prepared to flourish the responsibility of leadership. Amongst seniors Jayita Pal of class XII was selected as the head girl & Harsh Chaudhary of class XII was selected as the head boy of the new cabinet. Nishika of class XI was selected as the vice head girl and Devanshu of class XI was selected as the vice head boy, Jayesh of class XII was selected as the Sports Captain and Aryan Chaudhary of class XI is the Vice Sports Captain.
Mr. V.K. Tiwari, Admin Head of the school, administered the oath to the new student cabinet.
The head boy and the head girl delivered their vote of thanks and pledged to work earnestly and uphold the honor and glory of the institution.
With the flags held high and heads standing tall, the ceremony concluded with the national anthem.